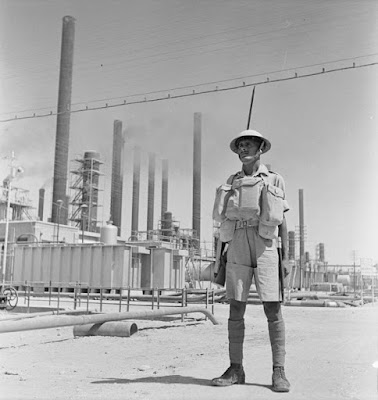 The Persian Gulf and the distribution of natural resources
Today’s post is about natural resources and the Persian Gulf. It is one of the most controversial elements in any TERRITORIAL DISPUTES. It is usually the case the real reasons behind these TERRITORIAL DISPUTES is different (domestically, for example, level of popularity of ruling party, corruption, unemployment, security, etc.; regionally and internationally, geostrategic location, bargaining power, debt, etc.).
Often, natural resources are used to justify ongoing disputes (or to create new ones). Furthermore, whilst many of the TERRITORIAL DISPUTES have to do with local and regional interests to start and to remain unresolved, most of them are beneficial to external powers (as we have seen with the previous posts, the United States, the United Kingdom, Russia and China are amongst these).

Questions in terms of the distribution of natural resources

What are natural resources and who owns them? What do we do with the natural resources in the Persian Gulf? What happens in the zone in which jurisdictions and interests overlap?
Any decision over this point has particular importance since it could affect the inhabitants of those areas that are populated or where migration is high. Let us remember there are several claiming parties and different realities in terms of law, politics, economy, religion, etc.: Saudi Arabia, Iran, Iraq, Kuwait, Bahrain, Oman, Qatar, United Arab Emirates.

To recapitulate, natural resources are any material in raw condition present in the territory, organic or mineral, that is not initially a product of any kind of human activity.
Some states are rich in natural resources, others are not: no particular amount of natural resources defines a state. But, the distribution of natural resources is usually one of the main problems when dealing with sovereignty disputes even though the involved sovereign States may already be wealthy ones; it is a feature that always presents controversy.

There are two key connected issues with natural resources.
First and more evident, who owns them.
But, even if Saudi Arabia, Iran, Iraq, Kuwait, Bahrain, Oman, Qatar, United Arab Emirates agreed to distribute natural resources, other highly controversial issues remain. This is not only a matter of distribution because the resources have to be explored, exploited, or piped, and someone has to do the work, and someone, whether a private individual or the state, has to own the means for their exploration and exploitation.

The EGALITARIAN SHARED SOVEREIGNTY may rule out extreme situations:

In brief, in order to acknowledge the controversial features that natural resources present and still apply the egalitarian shared sovereignty solution and hence distribute them, the following points have to be addressed:
a) just distribution as the aimed outcome;
b) the ownership system of natural resources;
c) the exploitation system;
d) the gains and losses of the involved agents;
e) the needs and capabilities of all parties.

Tomorrow, some key issues to take into consideration before we assess how all this could work with the Persian Gulf and all the claiming parties.