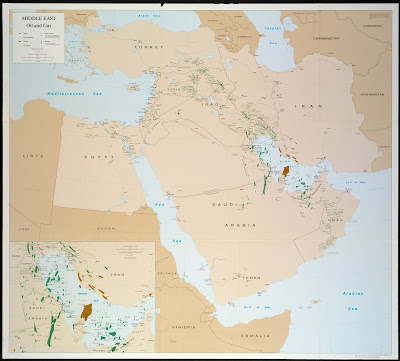 We re-introduced the EGALITARIAN SHARED SOVEREIGNTY yesterday. Today we will present some key elements related to the Persian Gulf.

From our previous posts, we have learnt so far that some of the main concerns related to the Persian Gulf are:

This could be a matter of controversy. In the particular case of territorial sea, although it may seem that borders are not an issue—as the difference has to do with several islands—the exclusive economic zone often creates tension between many of the claiming parties.
For instance, who has the right to explore that exclusive sea-zone? What happens in the zone in which two or more claiming parties overlap? As this point is intrinsically linked to natural resources, it will be examined after introducing the latter.

National defense will be seen here as the protection of any interest a state has—e.g. possessions, territory, and population—through different means—e.g. military, economic, and diplomatic.
There are several states in which the army and navy are not big, well equipped or trained enough in order to defend their territory or population but they are still respected as states. There are others that in fact do not have military defense at all, their defense being the responsibility of another country or an international organization—e.g. OTAN.

There seems to be no problem with defense. The territory being defended is obviously desirable although the task is one which can be shared. However, what would happen if another party—i.e. a sovereign state with no part in the conflict—decided to invade the third territory? In the hypothetical scenario an external party to the region decided to invade the Persian Gulf, who would defend the area?

Natural resources are any material in raw condition present in the territory, organic or mineral, that is not initially a product of any kind of human activity. Some states are rich in natural resources, others are not: no particular amount of natural resources defines a state.
But, the distribution of natural resources is usually one of the main problems when dealing with sovereignty disputes even though the involved sovereign States may already be wealthy ones; it is a feature that always presents controversy.
In the case of the Persian Gulf and oil, any decision over this point has particular importance since it could affect the future the legal and political balance in the region.

Next time both are combined (the EGALITARIAN SHARED SOVEREIGNTY and the elements detailed before) to offer a potential ideal solution.