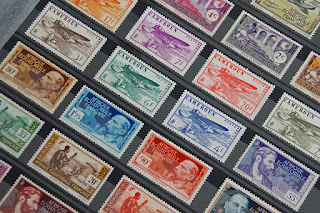 In relation to the first issue—the agreement on the historical account—each sovereign State taking part in a sovereignty conflict is certain that it has ultimate and highest right over the disputed territory, and the use and ownership of the third territory is due to them. As a consequence, sovereignty disputes do not move from a zero-sum game.
That is because, in order to determine the initial acquisition, the agents have to go back and resolve old historical claims only resulting in a practical matter: the competing agents are never going to agree on the ‘correct’ historical version of the events—i.e. the historical account is fundamentally controversial.

Thus, it is common to observe in sovereignty differences that the involved agents usually support their claims through historical, legal, political, cultural or geographical arguments—even a combination of many of them. In other words, not only will be the dispute over what the facts are but also what the relative moral significance of those facts is. For example, one party will claim that whoever was the first one in the third territory is its owner and hence, its sovereign, and they were there first. But the opposite party disputes this, supporting their case with historical, legal, political, cultural and geographical evidence, and arguing either a) that they were there first, or b) that being first is not what makes acquisition just, but, e.g., being first to exploit its resources, or establish a community. Because all the parties argue they were the first to do what gave them a right to the third territory, an approach based on a historical account is futile for providing a solution to sovereignty disputes and the conflicts continue endlessly—e.g. arguments about the rightful sovereign of Jerusalem and surrounding areas have been present for generations.

See for example Genesis 14: 18-20 in which Jerusalem (or Salem) has already enemies. Since Biblical times the region has been centre of disputes in relation to the rightful settlement of different populations. Should these agents go back to Biblical times in order to prove the current legitimate occupancy of the territory?

In addition to the historical account, even though it was assumed the representatives finally agreed on the facts, it is not easy to see an agreement on how what is due to someone be determined, which way to acquire something is just and fair, and whether a certain way of acquiring the sovereignty over the third territory can be just and fair at the same time for two different agents. For instance, they may apply the just acquisition principle. But even with the application of the just acquisition principle sovereignty disputes produce endless conflict.